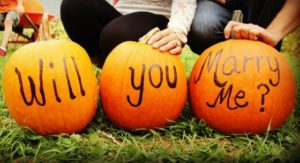 Though Valentine’s Day may seem to be the perfect day for a marriage proposal, turns out March is really better. Specifically March 20! Why the 20th of March? Because March 20, is celebrated as National Proposal Day.

This is indeed a recognized special day that was created by a man named John Michael O’Loughlin. Legend has it that he invented the holiday after his cousin’s boyfriend strung her along for years and years without sealing the deal.  John decided enough was enough and dedicated a day to marriage proposals.

It should be noted that March 20th is also Equinox Day and John chose this day because day and night are of equal length worldwide, symbolizing the equal efforts of the two required to comprise a successful marriage.

It has been said many times over that spring is a time when our fancy turns toward love, and you may just find out for yourself how true this is, if your special someone chooses this day to propose. 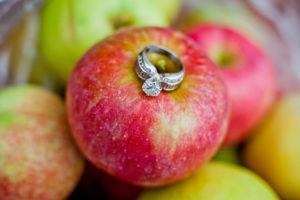 If you were proposed to on this day or were recently engaged last month on Valentine’s Day, we found some really interesting facts on engagements that we think you will enjoy.

Apple Picking is now over. Thank you for a great 2022 apple picking season!